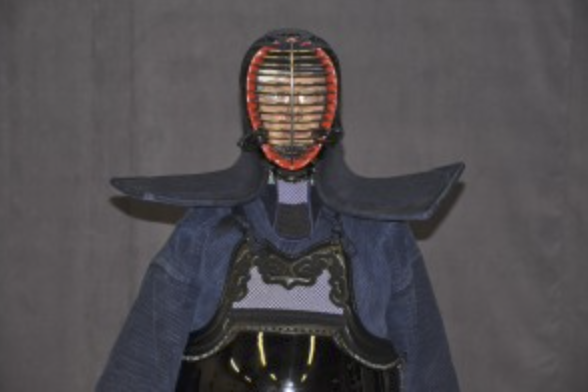 One of my pupils has a very  interesting hobby.  He practises the Japanese martial art known as Kendo.  He was keen to learn how he could apply the Alexander Technique to his Kendo practice.

In a recent lesson, he brought along his Kendo gear.  I found it absolutely fascinating, as it’s something I knew nothing about.  It involves combat with swords or bamboo.  The protective clothing includes head gear known as a ‘men’.

They’re heavy: weighing in at just under 2 kg.  The average human head weighs 4.5 kgs.  The neck muscles support the extra weight of the head gear.  We looked at applying the Alexander Technique in his Kendo practice.